My Bluehour Studio blog has moved to my new website, DebraStyer.com

Stop by and say hello! 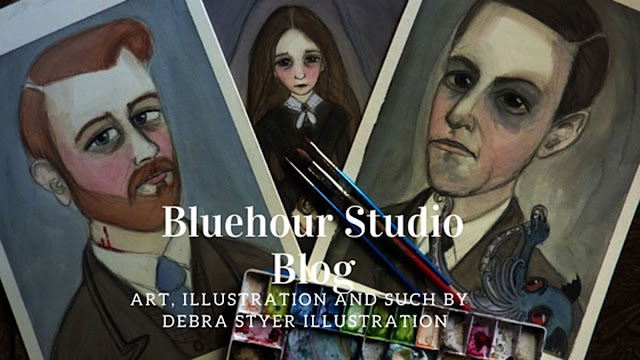 Here's a little catch up to what I am doing lately. I have been super busy getting ready for my my next SFEtsy art fair which is happening this Sunday , May 22nd at All Good Pizza in San Francisco.

Here are my latest Literary Portraits:

Gertrude has always been one of my literary heroes. Her writing about Paris is the early 1900's is incredible. It seems like you are right there in the thick of things. Who wouldn't want to live in that world filled with artists and writers? My favorite book is "The Autobiography of Alice B. Toklas",  written in the point of view of her love, Alice.

To me she is a visionary, an  activist and a woman with a hell of a sense of humor.

“It takes a lot of time to be a genius. You have to sit around so much, doing nothing, really doing nothing.”
― Gertrude Stein 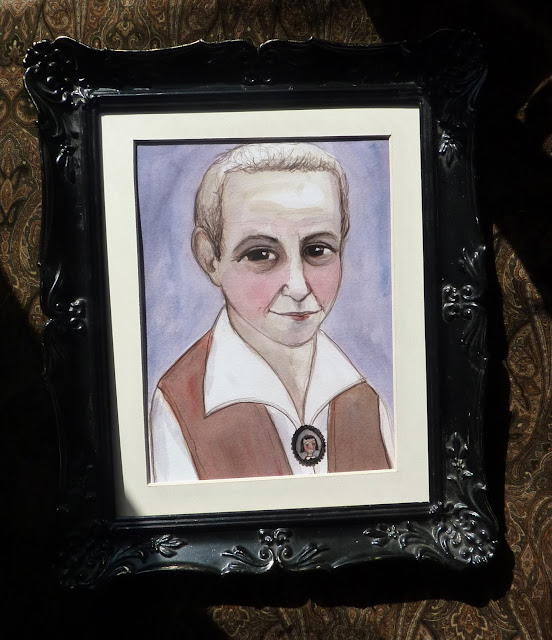 Print available in the shop!

As a New Englander, Hawthorne is in my blood. I remember visiting the House of the Seven Gables in Salem Massachusetts as a kid and I was fascinated. Hawthorne is best know for writing the novel, "The Scarlett Letter",  a scathing look at life, love and religion in the Massachusetts. His work is known to be Dark Romantic. I am currently reading, "The Whole History of Grandfather's Chair" (written in 1840), which is a surprisingly funny and truly satisfies the history nerd in me.


“Happiness is like a butterfly which, when pursued, is always beyond our grasp, but, if you will sit down quietly, may alight upon you.”
― Nathaniel Hawthorne

Now available in my Shop!

Right now I am working on a portrait of the wonderful writer Dorothy Parker, I will post her as soon as I can.

After that, who should I paint next?

Wow, time sure has flown by. It's time to rip off my band aid of procrastination and get writing again. So sorry, it has been so long.

In the last 6 months, I have been finishing up a book project and working on a bunch of new portraits. In case you missed them in the shop, here are a few of my favorites.  I hope you like them! 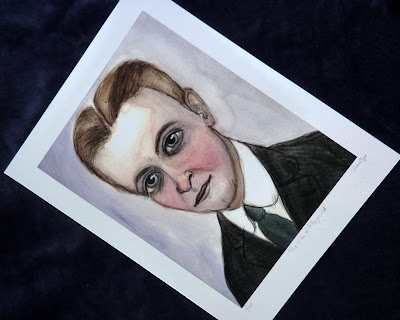 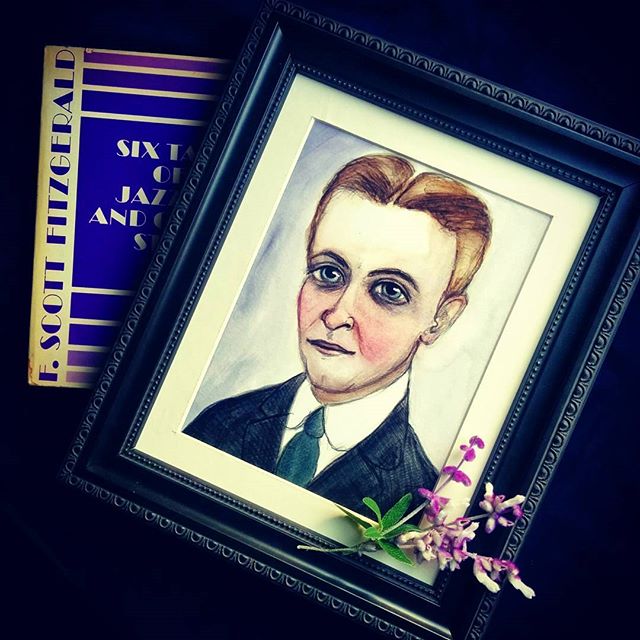 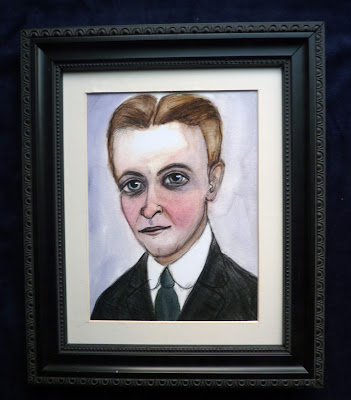 F. Scott Fitzgerald is best known for works the "Great Gatsby", The Beautiful and Damned" "Tender is the Night" and "This Side of Paradise" as well as many short stories. As a reader, Fitzgerald opened my eyes to the incredible hidden world of the 1920's. He will always be an inspiration to me and I am so happy to paint his portrait.

He is available here in the shop!

Next up Franz Kafka!

Kafka is another favorite writer. He brings out the goth in me. Kafka is most know for his stories, "The Trial", "The Metamorphosis" and "The Castle". Kafka is regarded by critics as one of the most influential writers in the 20th Century and he is beloved around the world.

I drew him here with a homage to the Dung Beetle wrapped around his neck. 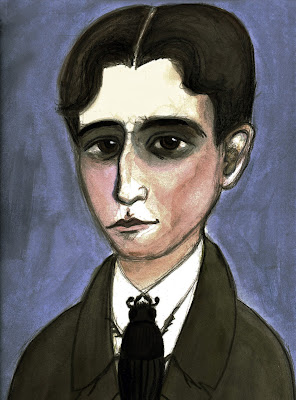 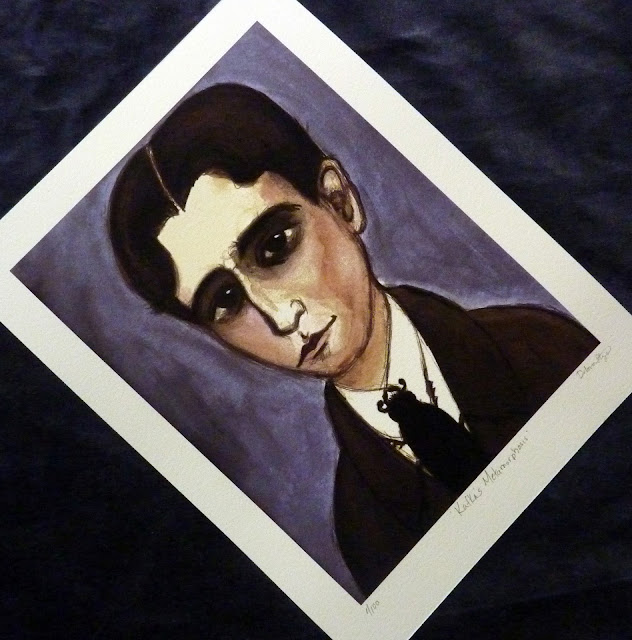 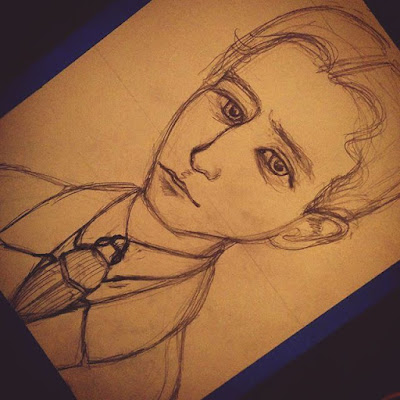 He is available here in the shop!

Last but not least, Say hello to the incredible and strange H.P. Lovecraft!

Lovecraft is such a inspiration to me, although I came to know him later in my literary life. I love the way this mind works, digging deeply into the psychology and heart of reader. His life was full of tragedy which influenced the way the wrote. Although he became most known after his death, I couldn't imagine the world of horror with out him.  Below is my illustrated ode: 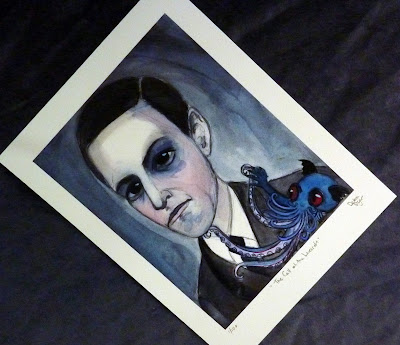 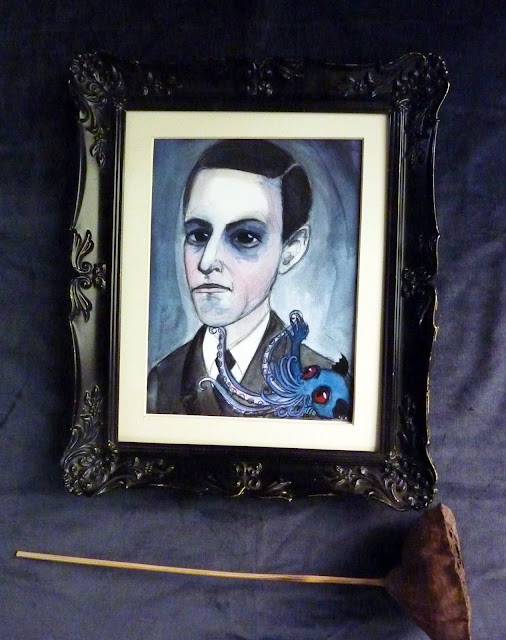 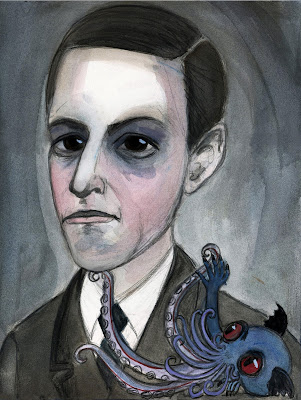 Isn't his little Cthulhu cute? You can find them both in my shop here!

Now that I am officially blogging again, I promise not to take so much time between post!

Here are the latest portrait illustrations in my Writers Portrait series.

Say hello to Russian novelist, Fyodor Dostoyevsky. Best know for his works, "Crime and Punishment" "Notes from Underground" and "The Idiot".

"Crime and Punishment" has always been one of my favorite books. It has just the right amount of darkness and suspense and also all the psychological intrigue anyone can want in a really good story. 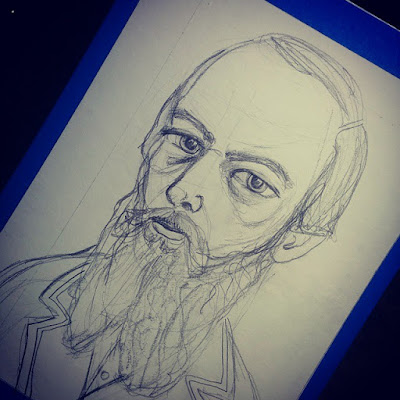 My Dostoyevsky are print is now available here in my shop!

Next up is my literary portrait of Ms. Edith Wharton. She work literary classics such as "The House of Mirth", "Ethan Frome" and "The Age of Innocence". She had a incredible sense of irony and class  in Victorian society. Growing up in the gilded age of America, Wharton had a first hand look at all that was good in bad with the people of privilege. 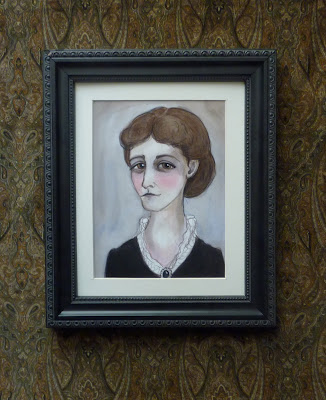 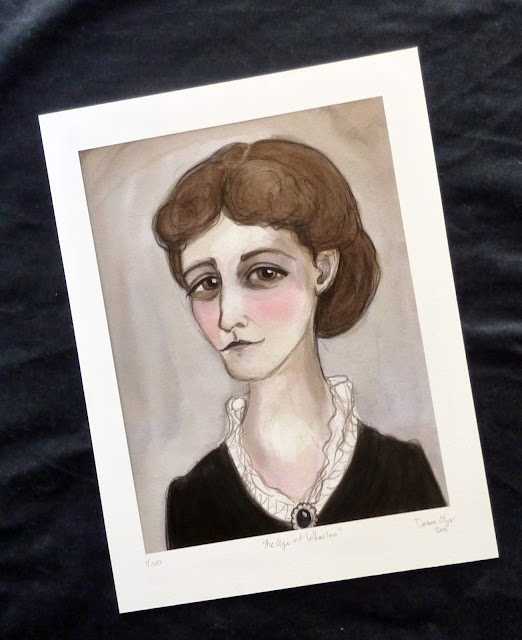 I hope you like these two new literary portraits. I will be working on a bunch of new ones soon. Any one that I missing?

Posted by Unknown at 3:25 PM No comments:

My Illustrated Ode to Arthur Rimbaud

Rimbaud has always been one of my favorite poets, he was a true, Enfant Terrible.  The I was so excited to create a portrait of him with all his teenage angst. He was truly a wild one! Sadly, he did all of his incredible writing between between the age of 17 and 20, after that he seemed to fall of the face of the earth. He traveled extensively throughout the world, working at very non-writing jobs such as an accountant, mason and coffee exporter.  Rimbaud abandoned his life of the libertine,  never recording any of his any dark dreams or surreal verses again.

He remains one of my literary heroes...

I hope you all enjoy my portrait of him.


“I turned silences and nights into words. What was unutterable, I wrote down. I made the whirling world stand still.”
― Arthur Rimbaud, A Season in Hell/The Drunken Boat 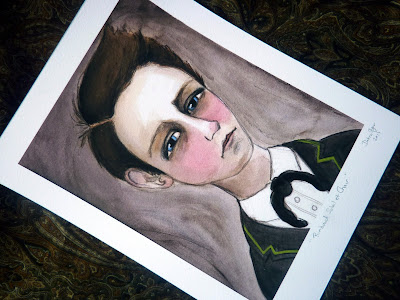 “A poet makes himself a visionary through a long, boundless, and systematized disorganization of all the senses. All forms of love, of suffering, of madness; he searches himself, he exhausts within himself all poisons, and preserves their quintessences. Unspeakable torment, where he will need the greatest faith, a superhuman strength, where he becomes all men the great invalid, the great criminal, the great accursed--and the Supreme Scientist! For he attains the unknown! Because he has cultivated his soul, already rich, more than anyone! He attains the unknown, and if, demented, he finally loses the understanding of his visions, he will at least have seen them! So what if he is destroyed in his ecstatic flight through things unheard of, unnameable: other horrible workers will come; they will begin at the horizons where the first one has fallen!”
― Arthur Rimbaud

“By being too sensitive I have wasted my life.”
― Arthur Rimbaud

If you would like to learn more about Rimbaud, I highly recommend the book, "Time of the Assassins, A Study of Rimbaud" by Henry Miller. It is one of my all time favorite books.

So here's to the young rebel in all of us....and here's to Arthur Rimbaud.

A limited edition print of my original watercolor painting of Rimbaud is now available in here my etsy shop!

p.s. Who should I paint next? Who is your favorite writer?

Posted by Unknown at 1:56 PM No comments:

Here are my latest illustrations for my Writers Portraits series. This series is a ode to my literary heroes of the (mostly) Victorian Era. These authors help us all celebrate our inner goth hearts and souls.

First off,  say a hearty hello to the Brothers Grimm!

The Brothers Grimm brought German and Eastern European folk tales to the world. Wilhelm and Jacob Grimm dedicated their lives to researching and rewriting some of the most macabre and spooky tales the world has ever known. Without their hard work, I wonder what kinds of stories we would be telling around the campfire and scaring our kids to death.

The next portrait is of the incredible Irish novelist, Bram Stoker. Stoker, of course, is best known for being the creator of Dracula. Like the Grimm Brothers, Bram had a love of German folklore. Count Dracula is one of the most wicked yet loved literary characters of all time. Could you imagine a world without Vampires? Thank you for all the nightmares,  Mr. Stoker. 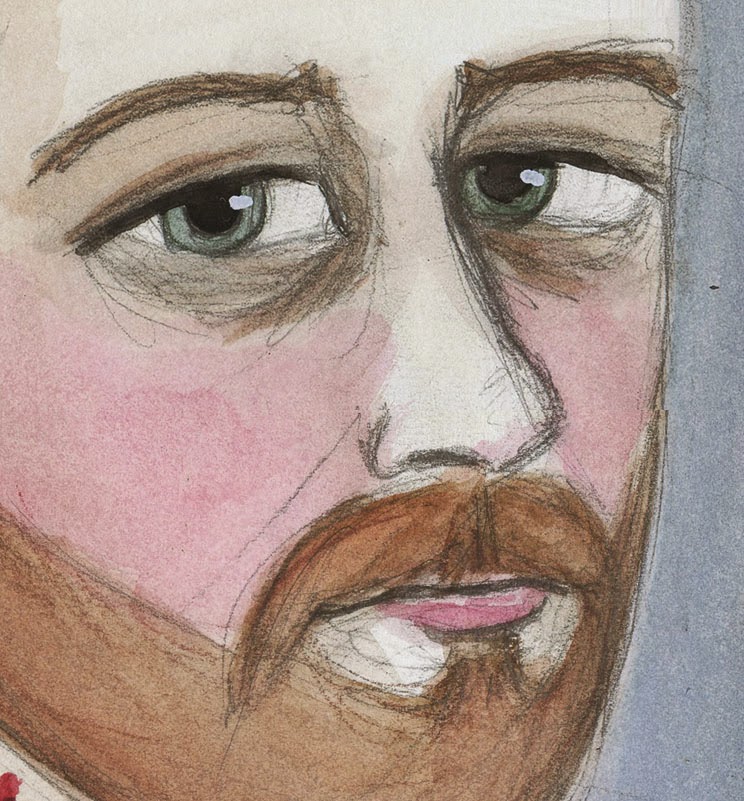 The original illustrations were hand painted in layers with watercolor and gouache over my graphite drawings.

The Brothers Grimm print and the Bram Stoker prints are now available in the shop.

Who should I paint next?
Posted by Unknown at 9:42 PM No comments:

Just a quick post to show off my latest writers portrait illustration, William Shakespeare! He was really fun to draw and it was great to break out of the Victorian era for a bit. 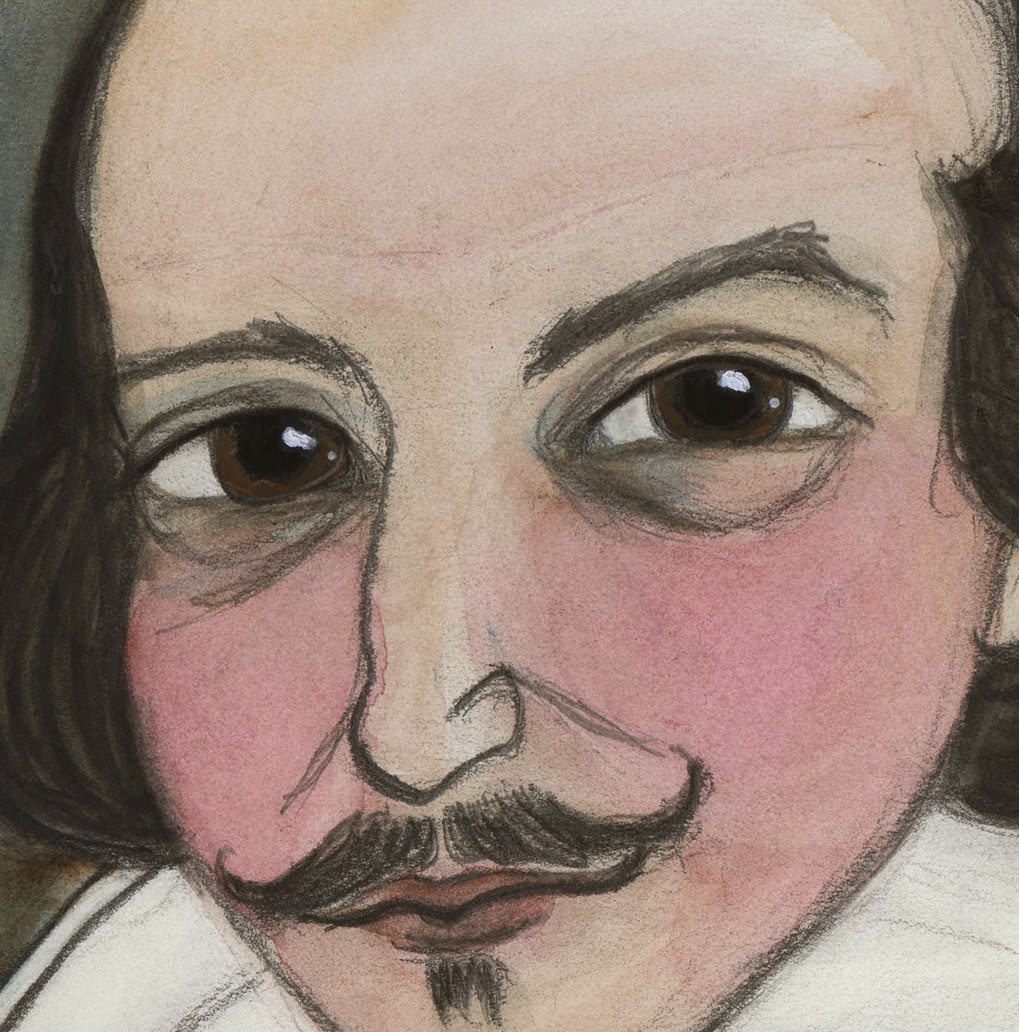 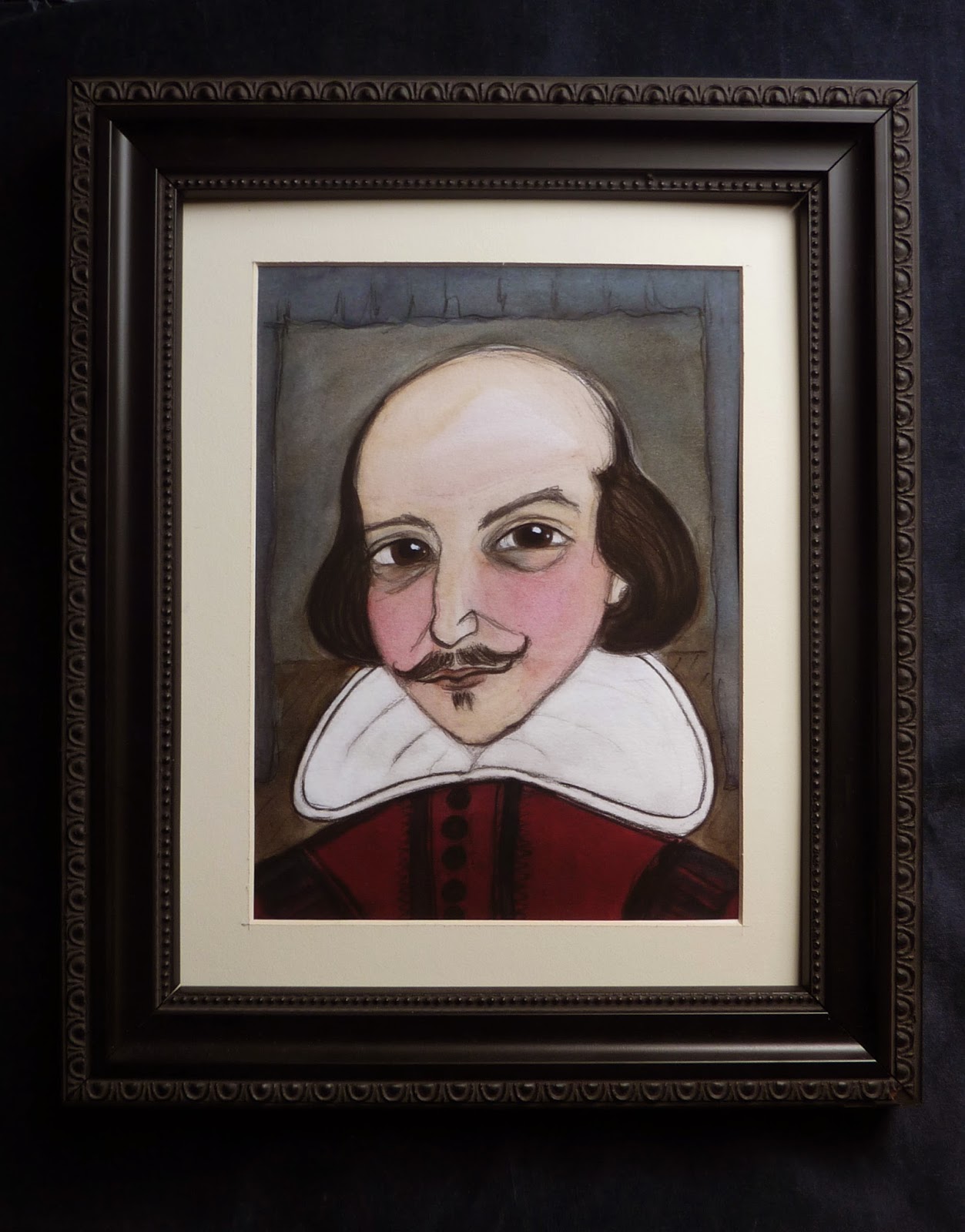 It is a special challenge to draw portraits of people before the invention of photography. All of the existing paintings of him done are so different. For reference, I used the younger Cobbe portrait from 1610, 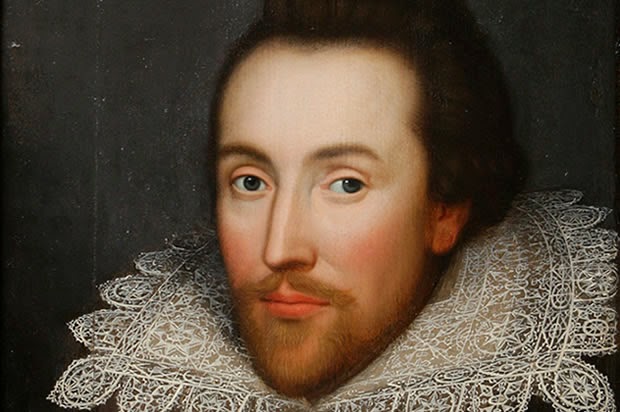 and the more traditional Droeshout Portrait from 1622. I suppose I like the older version of Shakespeare myself. I think we all have a certain vision of writing legends in our minds. I hope I was able to capture a good creation of the Bard. 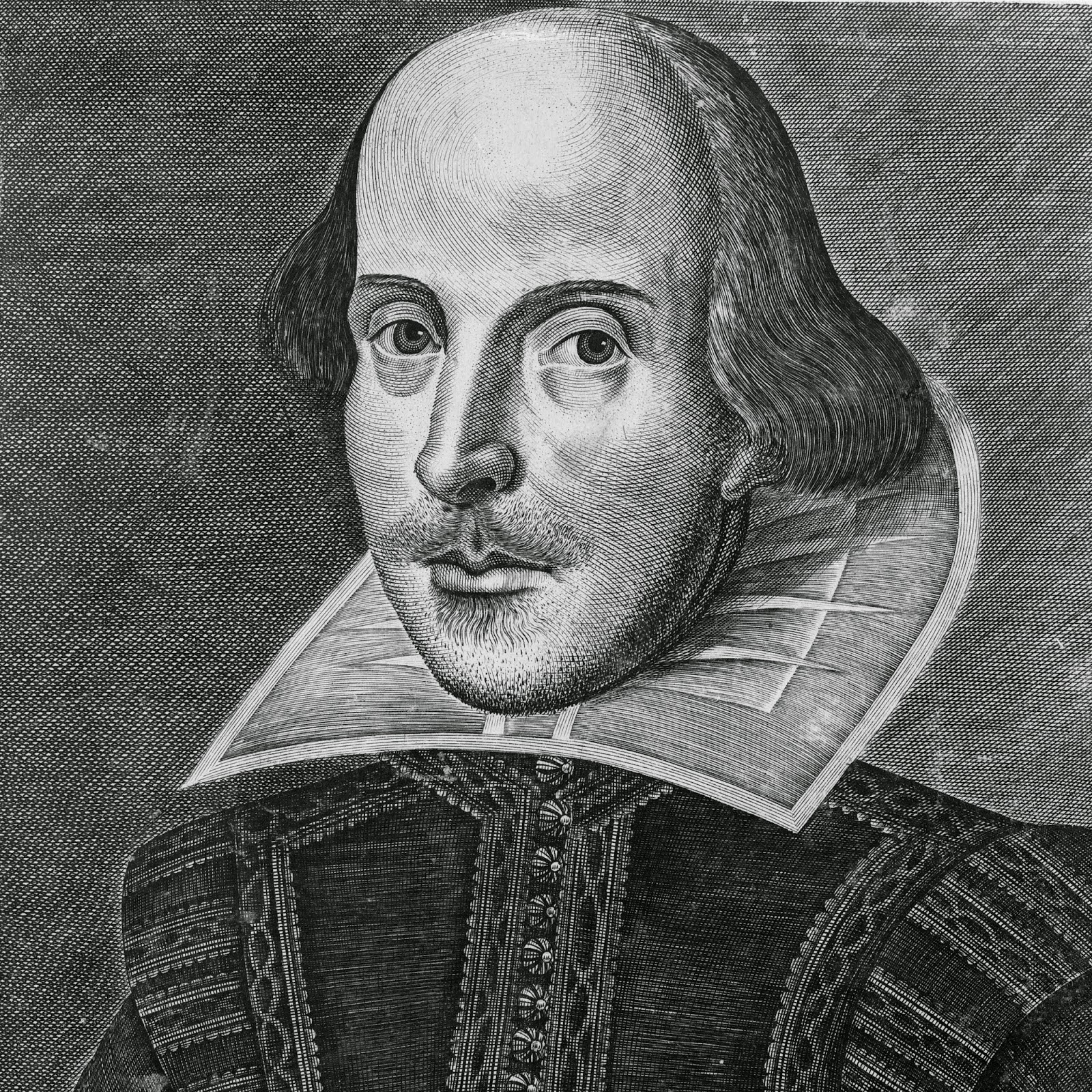 Of course, he is now available in the shop! Hope you like him!
Posted by Unknown at 11:37 AM No comments: